One last stop before we head home! Singapore 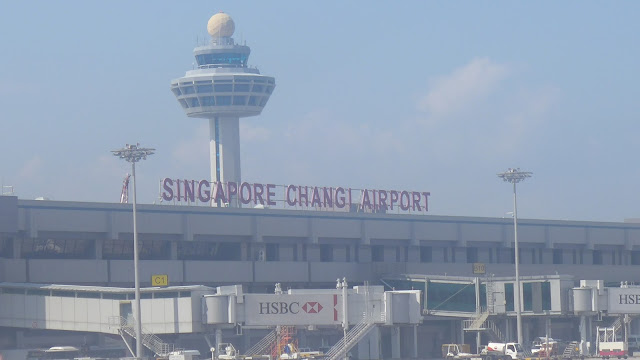 We were really conscious of the fact that we were on our way home as we landed in Singapore. This was the beginning of our "Western inoculation" as we transitioned from South East Asian culture back to our own. Of all the major airport locations in South East Asia, Singapore is probably the best for this process as it is the most orderly place in the region, but still with that Asian flavour. Of course, the Singaporean take on social order is quite Asian (i.e. a little more individual sacrifice is demanded than would be tolerated at home, which is very Confucian), but that will only make us appreciate our home the more. But first, we had to check out this fascinating place.

Singapore was a nice end to our journeys around South East Asia, but we had become used to the grit and economy of the region, so it was somewhat jarring to encounter the orderliness and cost of this place. It was a drag that Bowen, who had been so excited to see Singapore, was so ill for most of our stay. And, we have to admit, our minds had turned toward the return to Canada, and we had to keep reminding ourselves to enjoy our time here, as the trip and this reality was coming to an end. Next up was the arduous journey (well, not that arduous) to Vancouver via Beijing. Lots of time confined to aircraft seats with mindless entertainment and crappy sleep ahead. Travel is not easy.

~Remy
Posted by The Tompkins Family No comments:

We felt that we could not really claim to have seen Indonesia without going to at least one island other than Bali. As the most populous Muslim nation on the planet, we knew we had to get off the country's only Hindu island to experience and form an opinion of Muslim Indonesia. The place we chose to do this was in Yogyakarta, on the island of Java. This ticked another box, as Remy and Liz are both big fans of coffee, and how could we not visit an island whose name is synonymous with the stuff?

Yogyakarta is known as the cultural capital of Indonesia, with a still-sitting sultan in a still-working palace who doubles as the region's governor. That was the draw that took us there. There was a definite change in feel between the beautiful, modern airport at Denpasar and the drab, rundown facility in Surakarta (AKA Solo) where we first arrived in Java. That continued on the cab ride to Yogyakarta - gone were the beautifully manicured rice terraces and elaborate architecture that we had become accustomed to in Bali, and we were back in South East Asia, with bad roads, pollution and rundown buildings.

We installed ourselves in a nice guest house whose proprietors had lived for a long time in Minnesota (he was an academic working at a university). We had a pool and a decent room, and the owner apologized for the fact that he had a couple of groups of national tourists staying there who would likely be making a lot of noise. After a year in this part of the world, we know how to live with the locals and assured him of such.

As much as we pined for the beauty of Bali, we still made a real tour of Yogyakarta, as the pictures below will show. We did a great bike tour through the nearby countryside, haggled a lot with becak operators, and managed to find some good food.